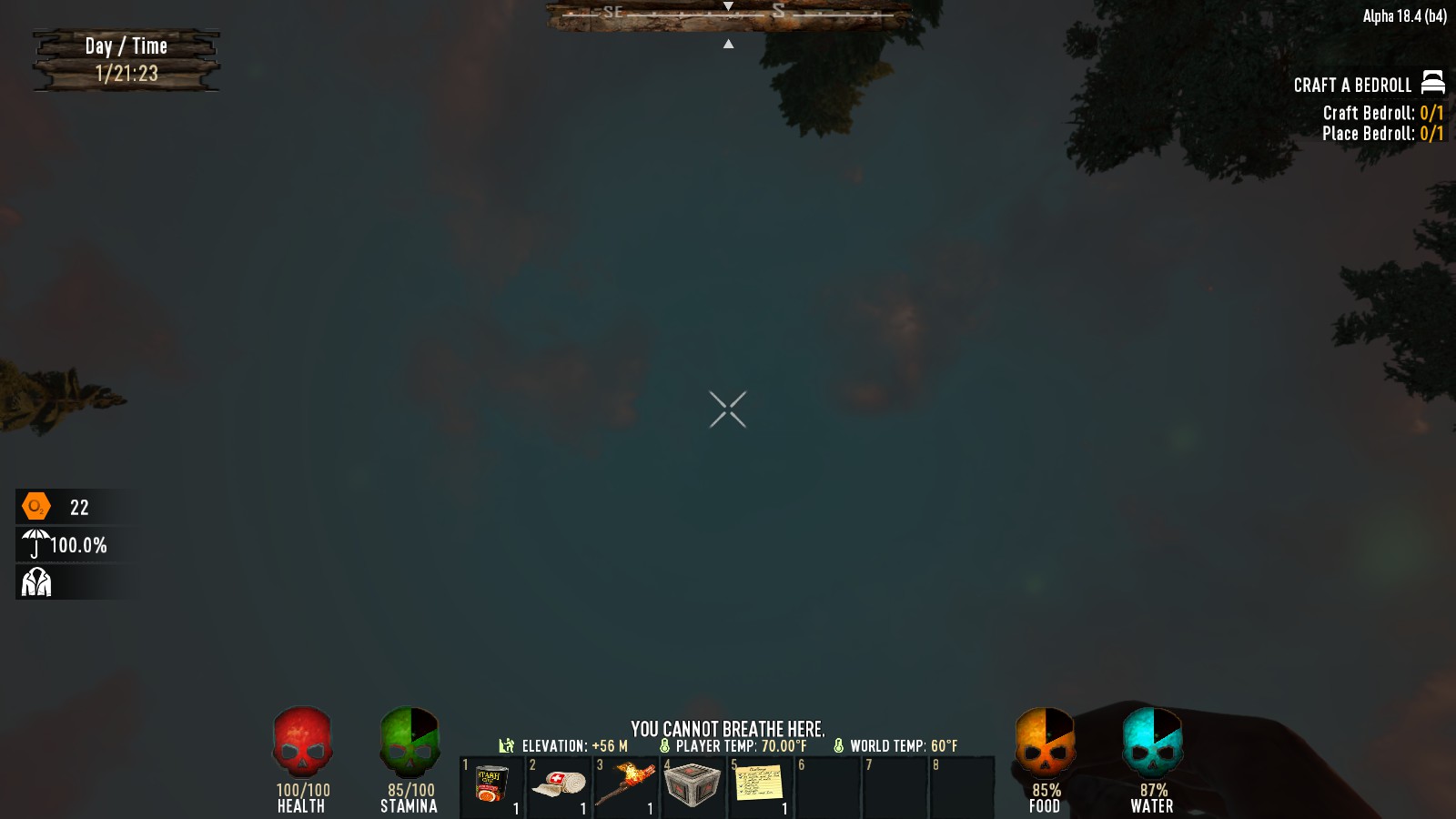 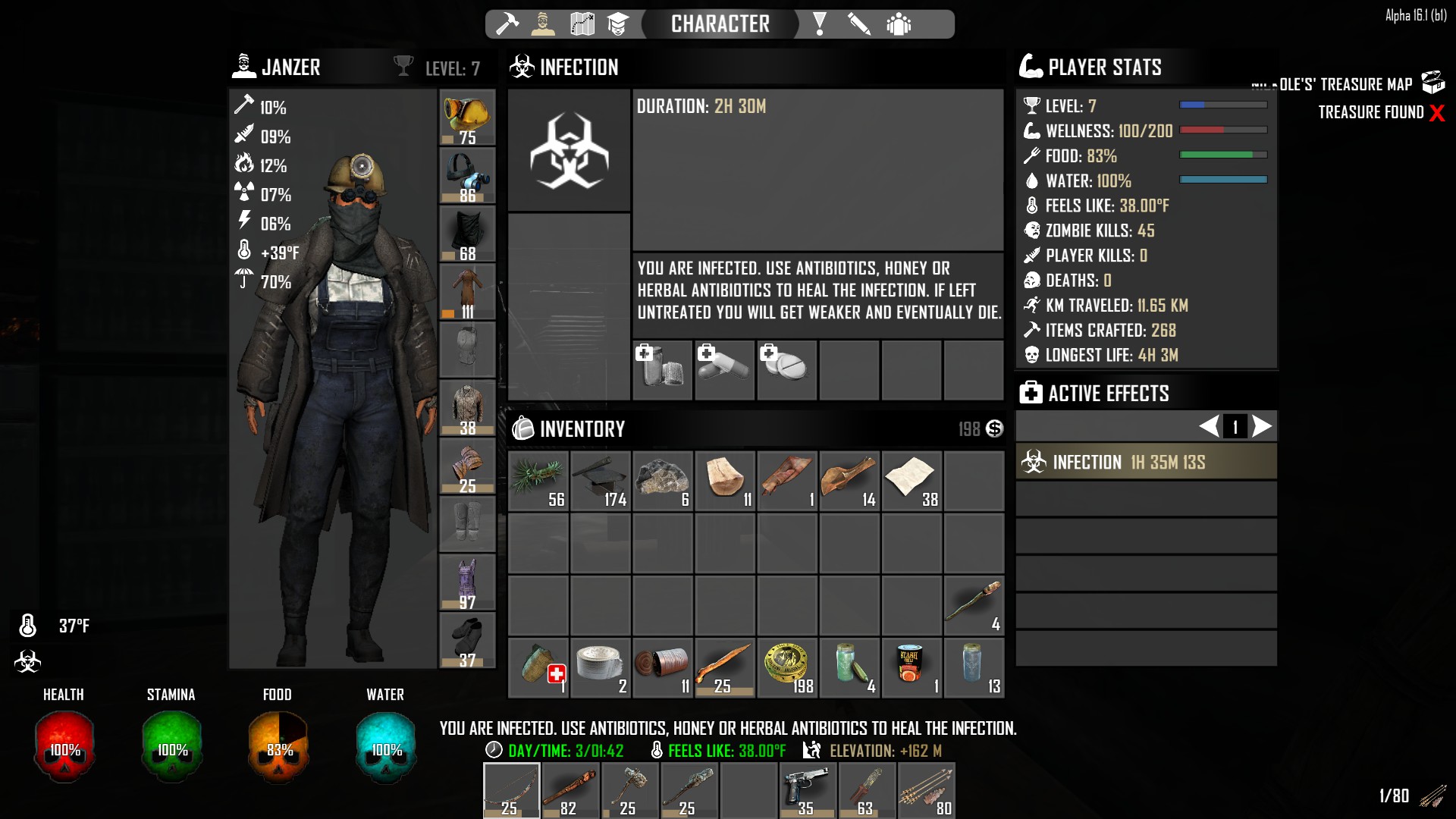 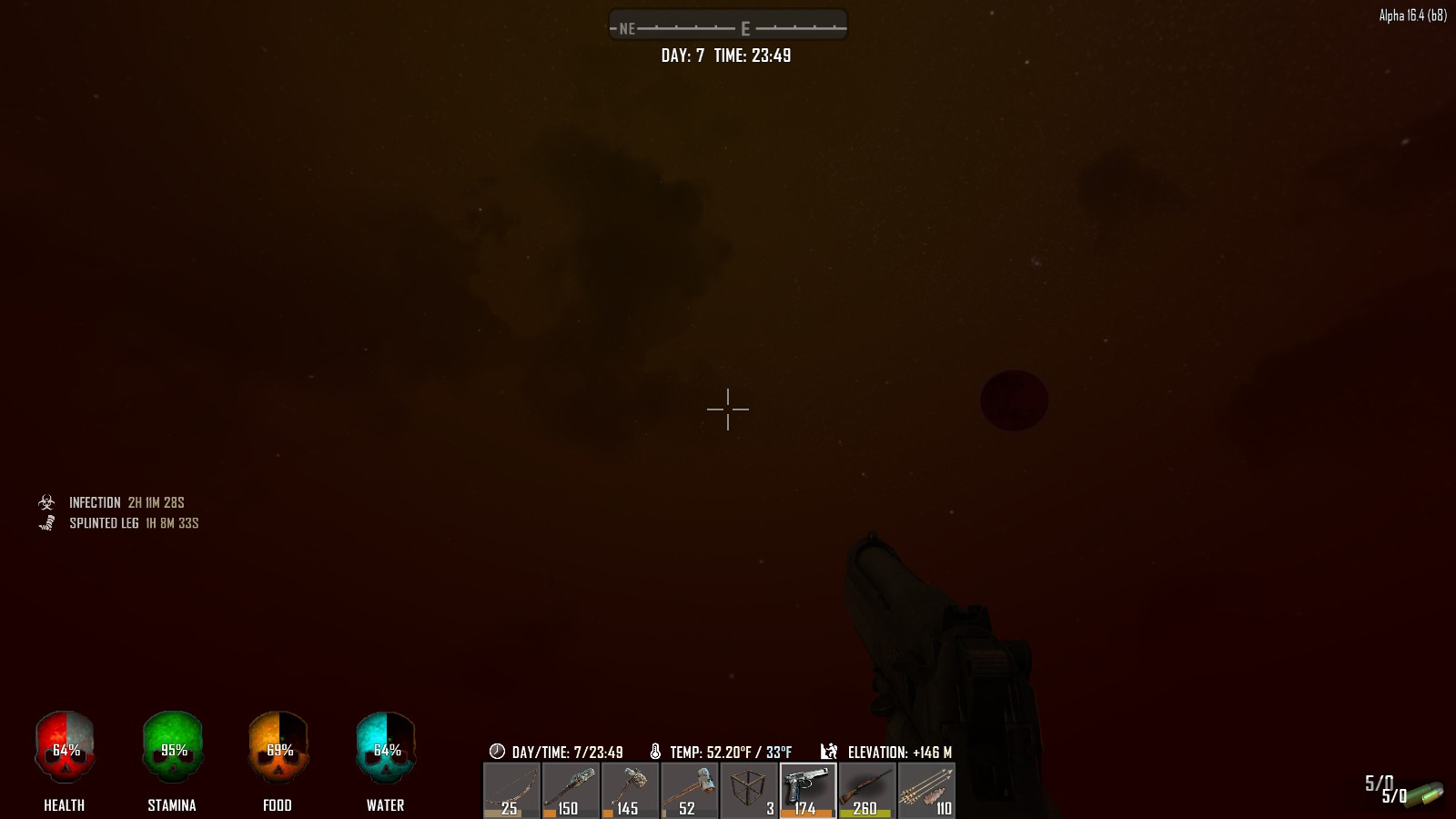 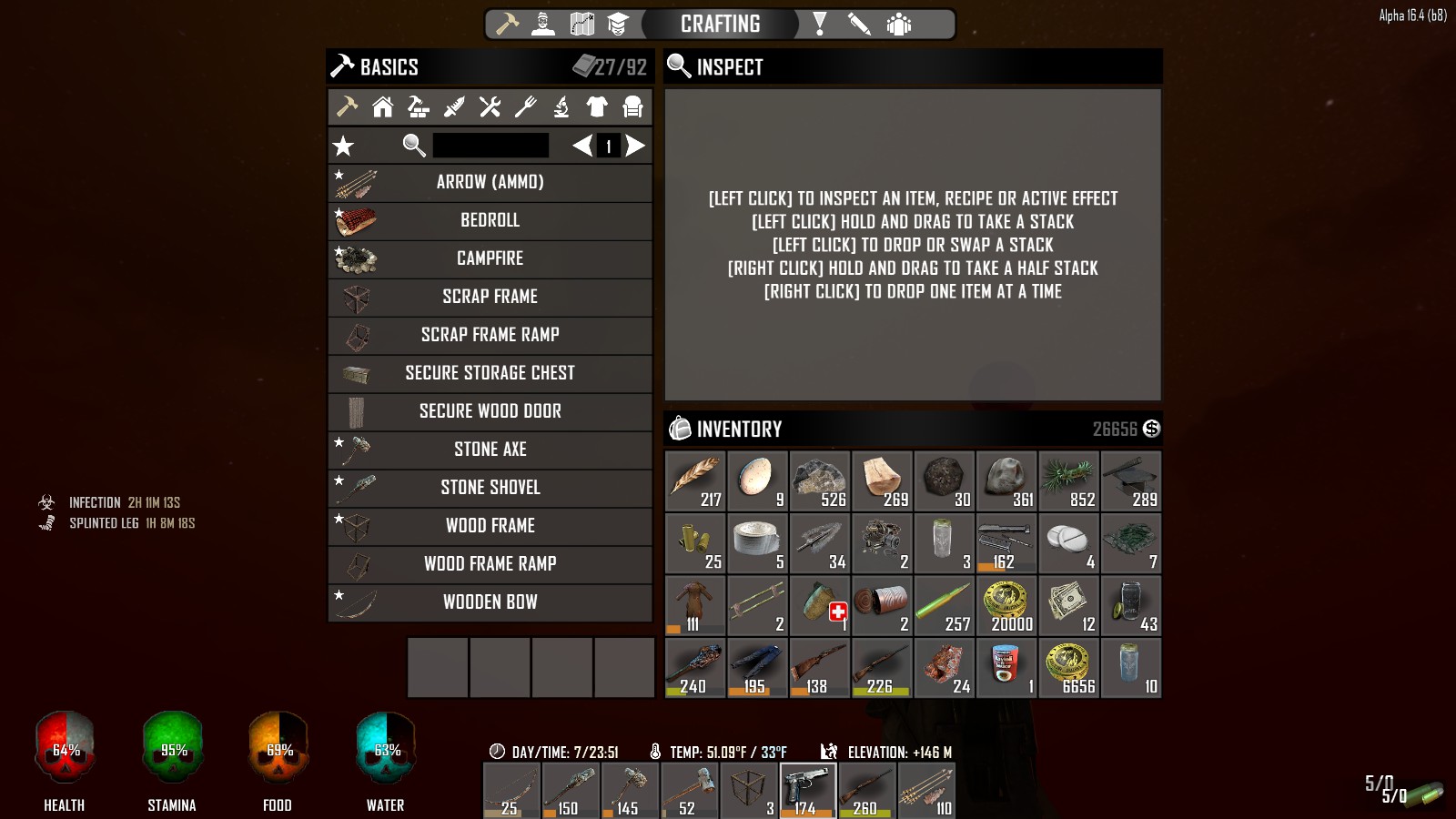 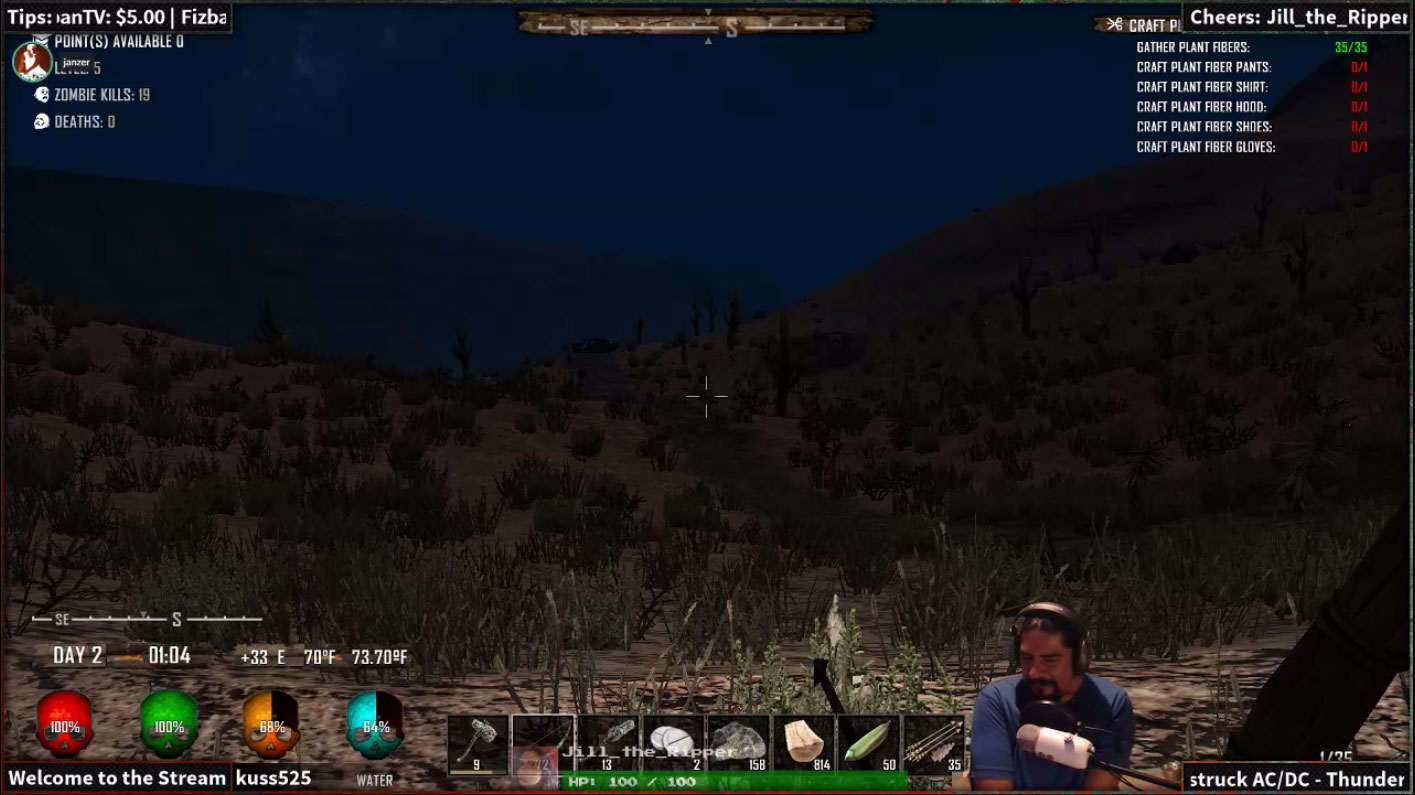 The elements that are adjusted are the icons for Health, Stamina, Food, Water, in the lower right corner. Each are custom designed keeping in mind the properties they are intended to stand for. I added in the data values that didn’t exist: Food and Water. Given that these values are very important to gameplay, I found it useful to have them up front where you could see them. I also added in data points for Time/Temperature/Elevation (right above inventory slots in bottom center). Looking at some of the later shots, I can see how the most recent update to the game has broken my UI just a little. Something to patch!

Initially the idea started through, like many problems that I’ve tackled, a frustration at user experience (UX) while playing the game. In this case, I had never customized a user interface (UI) for a video game before. I didn’t know what to expect, but, some quick searching on the internet showed that the files to customize were file types that I was very familiar with: xml.

My main goal was to get the in-game clock to display at all times. The default function that is not a quick change in game, is for the clock to only be visible when you’re not in your inventory or menus. Because I was often crafting, I needed to see what time it was at all times. From there, I learned how to pull in data values for various things, such as the Food and Water, and where to display them in the UI. I then took on the job of customizing elements of those output values, to bring a little more character into the UI, as there is almost none, as you can see in the image below. Overall, this was a great experience. And while it did not yield me much in regards to reputation or even exposure to audiences other than whoever came to my twitch channel, I  had a great time figuring out what made the UI function.

There’s much more I could write on this topic. I’ll leave that for another time, or maybe whenever I get back to livestreaming you can ask!